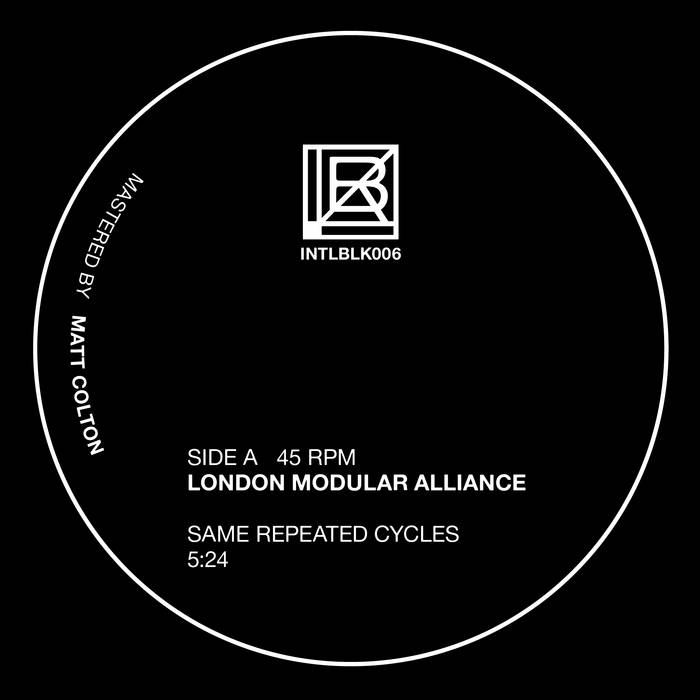 Consisting of Koova (brokn toys), Pip Williams (Central Processing Unit) and Yes Effect, these three experienced producers have blown minds with their ecstatic live performances across the globe. Coming in hot after releases for Kirk Degiorgio’s A.R.T. Records and Hypercolour, their release for International Black takes no prisoners.

Opening the A side is 'Same Repeated Cycles', an ice-cold electro inspired groove featuring LMA's signature modular synthesis. Engineered to perfection and mastered by Matt Colton, this cut delivers a new level of toughness to the International Black catalogue.

On the B Side, 'Acid Lab' takes a more gentle approach: slo-mo electro drenched in acid. The lead 303 riff floats in an abyss of dubbed-out dystopian psychedelia.

Closing the record is 'Volatile State’, an otherworldly piece of alien sound design which simmers ominously for over 2 minutes before exploding with an extra-terrestrial electro force which simply can’t be ignored.

Each listen reveals a new detail of this impossibly intricate yet incredibly effective record. Designed for the club, engineered for the mind.

Bandcamp Daily  your guide to the world of Bandcamp